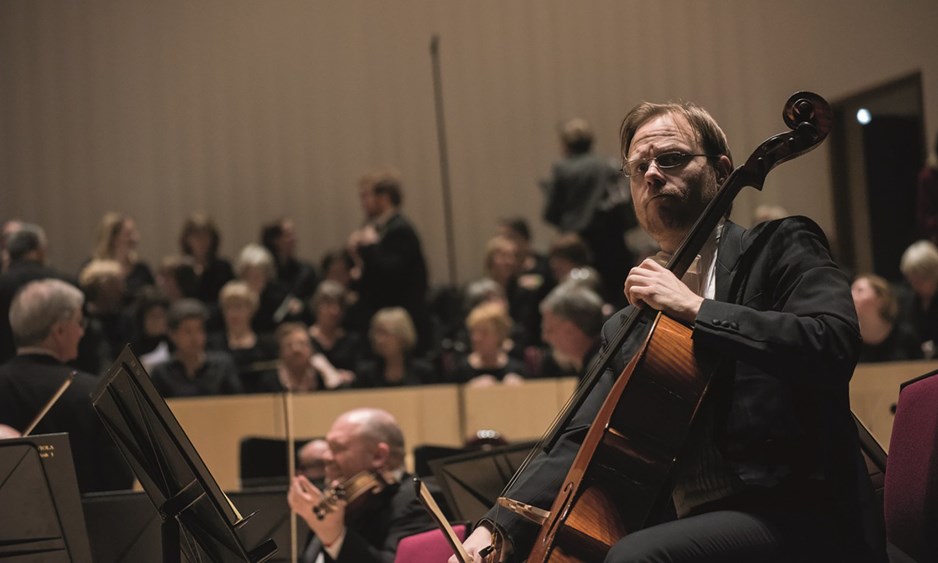 Norwegian cellist, Jonathan Aasgaard, studied cello with the late prof. Leonard Stehn at the Guildhall School of Music and Drama, winning all the cello and chamber music prizes and becoming a gold medal finalist. In 1999 he was appointed principal cello of the Royal Liverpool Philharmonic and is also principal cellist of the John Wilson Orchestra.

Who is your biggest muscial inspiration and why?

It’s hard for me to pick out a single influence because my musician self has been formed out of so many influences. However, I wouldn’t have been a musician if I hadn’t been introduced to what I’m doing in the first place – and for that I have to thank my father. My father is a great musician, a great jazz player as well as classical player, and I grew up with music all around me – it was something I lived and breathed. Probably my earliest musical experience was my father serenading me with Monteverdi on his sackbut (a brass instrument & an ancestor of the modern trombone) or Thelonious Monk on the piano while still in the womb!

What is the best thing about being a member of the Royal Liverpool Philharmonic Orchestra?

Playing for the Royal Liverpool Philharmonic Orchestra is something I’m very, very proud of. I’ve played with a number of other orchestras, but I have never had that sense of pride and belonging as I feel here. It has something to do with the relationship we have with our audiences - the fact that I recognise so many people at concerts, I meet people in the street that recognise me, and the Liverpool audiences refer to us, the orchestra, as “our orchestra”.

What is the one piece of music that you never tire of playing?

The greatest part of working with an orchestra is the repertoire, which is so vast and varied – it spans hundreds of years of great musical minds trying to express their feelings or ideas of the world through dots on paper...I find it hugely fascinating and never grow bored of it!