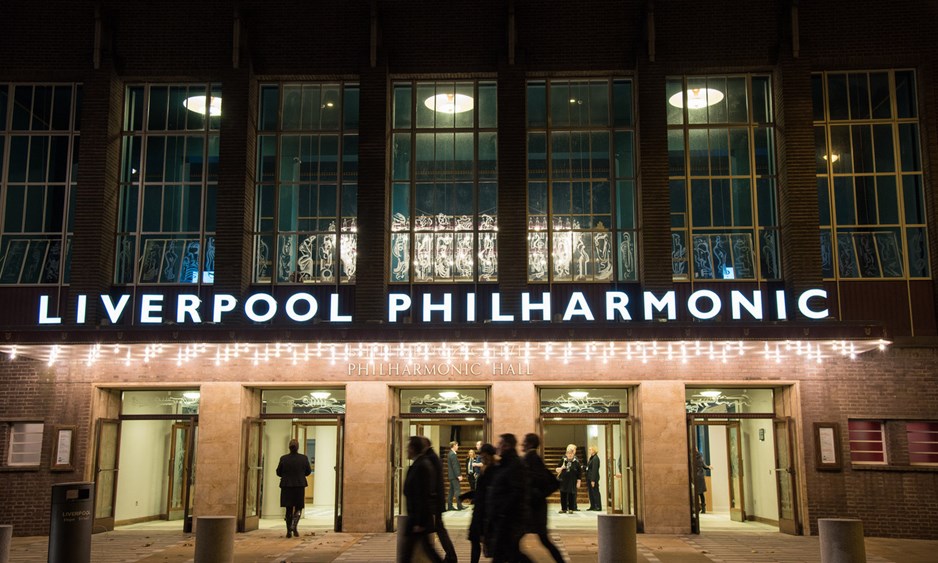 It’s clear that Liverpool means a lot to Isata Kanneh-Mason, and it’s easy to understand why. If you trace back through this young piano star’s career, the city, its cultural scene and our very own Royal Liverpool Philharmonic Orchestra have provided the soundtrack to some of her most memorable moments and milestones.

“I love working with the Liverpool Philharmonic and I love going to Liverpool”, beamed Isata as we caught up with her recently. And the feeling goes both ways. Following show-stopping collaborations with the Orchestra in the past – so harmonious that one critic described it as “music-making between friends” – Isata has recently begun her second season as Young Artist in Residence here at Liverpool Philharmonic. “It’s just so nice to have that connection and to be able to go back often”, she says. “There’s a really special connection with the city and with the Orchestra – it’s just lovely to still have that.” 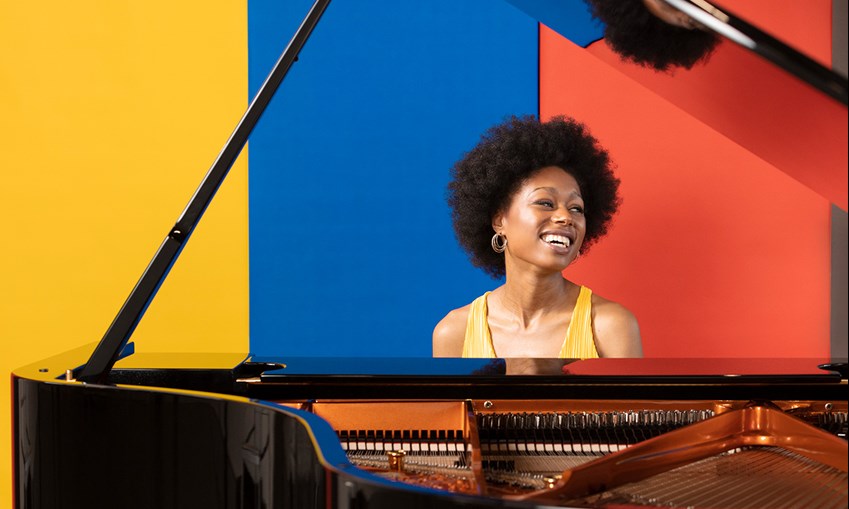 Isata’s link to the city goes beyond her tenure as Young Artist in Residence though. She recorded her chart-topping debut album, Romance, with the Royal Liverpool Philharmonic Orchestra back in 2019, then returned two years later to record her album of American classics, Summertime, at the Hall. Those releases helped cement her status as a star of the classical world and a Liverpool Philharmonic favourite, but recording them was a rollercoaster through the highs and lows of life as a concert musician. “An album typically has a lot more time and detail put into it than anything else,” she explains. “When you see that it’s finally finished, that’s very rewarding because that’s something that’s there forever…but it’s challenging. It takes the most out of you.”

And it won’t be long until Isata is back in Liverpool, performing the first of her concerts this season. Later this month, she’ll be at the Hall to perform Dohnányi’s tour de force Variations on a Nursery Tune, again in April to take on Prokofiev’s powerful Piano Concerto No.3 and once more in May with a chamber concert featuring works by Germaine Tailleferre, Mendelssohn and Eleanor Alberga. As you can see, she’s bringing an eclectic mix of music with her, and it seems that every single work is a true favourite. “They’re pieces that I’ve loved for many years, pieces that I heard and was just instantly drawn to and excited by and listened to over and over again.” It seems that all her repertoire selections are motivated by a simple sense of passion and excitement – “that’s really how I choose all my pieces, just a feeling of loving the piece and wanting to play it.”

So with performances fast approaching, we asked what a typical concert day looks like. “Basically, I just try and be as relaxed as possible,” she says. Not over-practising is key – just a couple of hours earlier that day, then an hour or so at the venue trying out the piano. “I always stretch before I go on stage, have some water, then just get changed and go.” Seems simple, but then there’s the scary part – that walk to the piano under the lights. “There’s really no set thing I think about before I walk onstage,” she insists. “If I’m feeling particularly nervous about a certain bit, I might be thinking about that, or if there’s someone that I know in the audience, then I might be thinking about that, or I could just be thinking about something random that happened earlier on in the day.”

Regardless, Isata says that that buzz of adrenaline is always there and always the same. It’s best to limit that nervous energy and excitement as much as possible though: “I think psychologically hanging around in the venue before the concert just doesn’t feel good,” says Isata. So where does she escape to when she’s here at the Hall? “I actually love Liverpool Cathedral. I go there most times and just sit in the gardens that are near there. I just think that whole part of the city is really beautiful.”