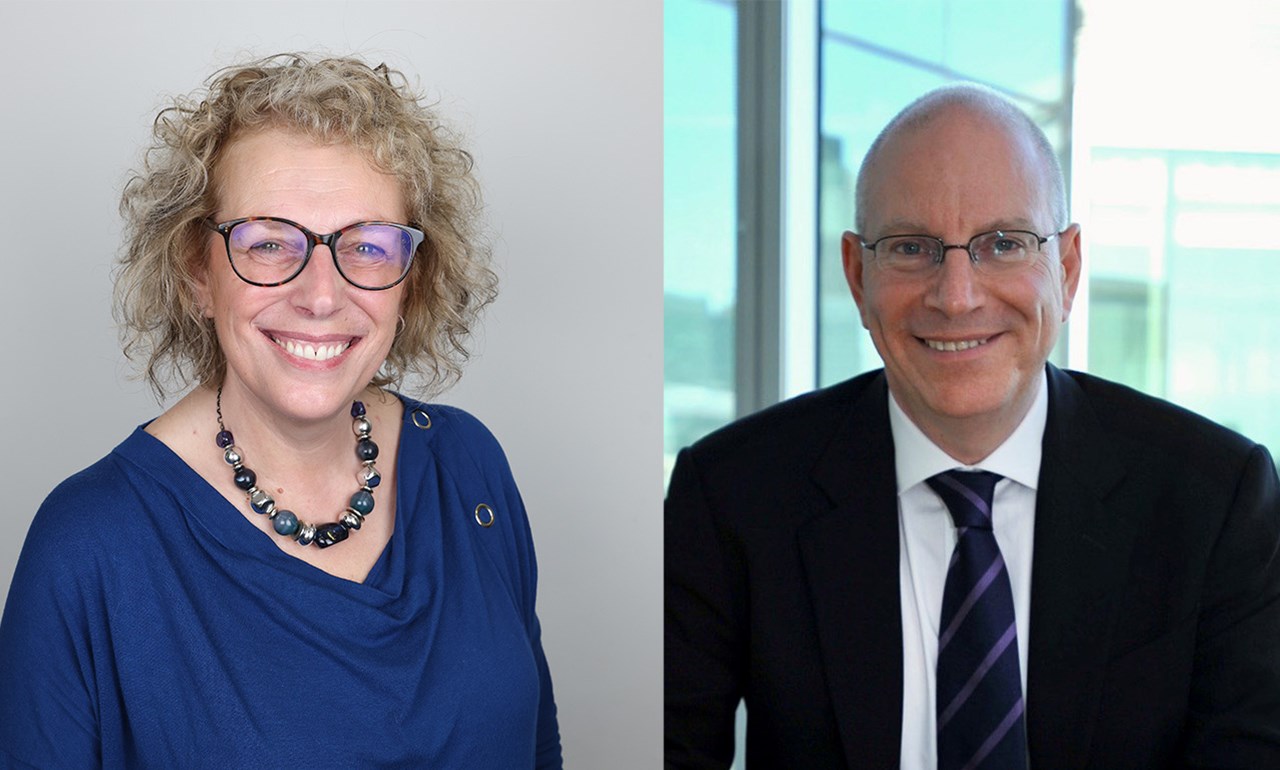 The Royal Liverpool Philharmonic Society has appointed Louise Shepherd CBE and Stephen Gregory to its Board of Trustees. These appointments will complement the skills of the existing board members as the organisation pursues its mission of enhancing and transforming lives through music, reaching more people than any music organisation outside London.

Louise Shepherd will serve as Chair of the Board, replacing Professor Nigel Weatherill who stood down this year after seven years in the role. She has had a highly successful career as a senior leader in the NHS for 30 Years, the last 20 of those served in Liverpool as Chief Executive of Alder Hey Children’s NHS Foundation Trust and Liverpool Women’s Hospital. She joined Alder Hey in March 2008 and successfully led the Trust through a major transformation into Europe's only Children's Health Park, designed by and for children and young people and opened by Her Majesty the Queen in 2016.

Currently joint Chair of the National Children’s Hospital Alliance, Louise was awarded a CBE for services to healthcare in 2017. A graduate of the University of Cambridge, Louise has a strong interest in the arts and served on the Board of the Royal Liverpool Philharmonic Society for six years between 2004 and 2010. She is also a violinist in the Liverpool Mozart Orchestra.

Stephen Gregory is a management consultant specialising in business strategy and risk management, improving the financial and operational resilience of organisations with which he works. He graduated in Economics from the University of Liverpool and later attended Harvard Business School. He is a fellow of the Institute of Chartered Accountants, qualifying in Liverpool before spending most of his career in the City of London. Stephen was previously a partner at professional services firm EY (Ernst & Young) for 25 years.

Stephen is a fellow of the Royal Society of Arts and has keen interest in social mobility and the education and development of young people. He gives time to charities with a local presence working in these areas. Stephen lives locally and is married with three children.

On joining the Royal Liverpool Philharmonic Society’s Board of Trustees, Louise said:

“Music and the Liverpool Philharmonic in particular are very close to my heart.  I’m thrilled to be asked to Chair the Board of Directors and honoured to be able to help support their superb team to continue to develop a fantastic cultural jewel in the crown that brings so much to the wonderful city of Liverpool and beyond.”

Speaking on his appointment, Stephen said:

“I am delighted to be joining the board of trustees and look forward to supporting Liverpool Philharmonic as it continues strengthening its excellent reputation for music and culture and its fantastic work with young people in the Liverpool City Region.”

“I’m pleased to welcome Louise and Stephen to the Board. Their expertise will help to ensure that Liverpool Philharmonic continues achieving new artistic heights, reflecting the communities it serves, and remaining central to Liverpool’s cultural offering.

We are very grateful to Professor Weatherill for his superb leadership as Chair of the organisation over the last seven years.”

At the heart of our programme is the critically-acclaimed Royal Liverpool Philharmonic Orchestra (the UK’s oldest) and Choir; work with young people through our Youth Company and In Harmony Liverpool; support for people experiencing mental ill health through work with the NHS; and presentation of over 400 diverse concerts and events each year at our home, Liverpool Philharmonic Hall, one of the UK’s leading concert halls.