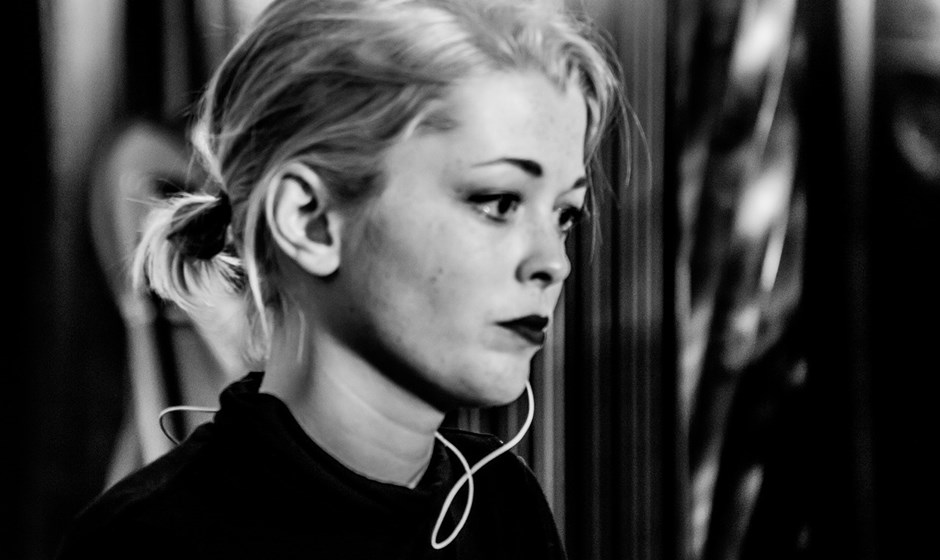 Liverpool Philharmonic is delighted to announce 22-year-old Carmel Smickersgill as the winner of its annual Christopher Brooks Composition Prize in association with The Rushworth Foundation and Lancashire Sinfonietta Legacy Fund.

Carmel wins a cash prize of £1,000 made possible through the support of the Lancashire Sinfonietta Legacy Fund and The Rushworth Foundation and a year’s complimentary membership of the British Academy of Songwriters, Composers & Authors (BASCA). All three organisations are supporting the competition for a fourth year running.

The Christopher Brooks Composition Prize provides Carmel with a unique opportunity over the next year to develop her talent. Carmel will be supported with a bespoke programme of workshops, masterclasses and mentoring sessions from resident and visiting musicians, conductors, composers, performers and other industry professionals associated with Liverpool Philharmonic

Carmel’s year will culminate in her writing a new work for performance by Ensemble 10/10, the Royal Liverpool Philharmonic Orchestra’s new music group, which will be premiered in autumn 2019.

Carmel is a composer based in Manchester having recently finished an undergraduate degree in composition with Gary Carpenter at the RNCM. Her music has been performed on Radio 3. She has recently been commissioned by Brighter Sound and has previously written for ensembles and performers such as Psappha, No Dice and CoMA.

‘I’m thrilled to be the recipient of the Christopher Brooks prize this year. It’s such a privilege to have the chance to work with such an inventive group of world-class musicians as well as being able to see, first hand, the inner workings of an ensemble such as the Liverpool Philharmonic.’

The Christopher Brooks Composition Prize in association with the Rushworth Foundation and Lancashire Sinfonietta Legacy Fund was established in 2015, during the Royal Liverpool Philharmonic’s 175th anniversary year.

It forms part of Liverpool Philharmonic’s continuing commitment to the commissioning and performance of new music as well and supporting home-grown talent. The competition is open to a North West based composer aged 18-30.

Entries are judged by a panel of leading composers and music industry professionals. This year's panel were:

The late Christopher Brooks was a founder of the Lancashire Sinfonietta (now sadly disbanded) and gave an immense amount of support and encouragement to young musicians during his lifetime.

The Rushworth Foundation established by Jonathan Rushworth whose family were founders of Liverpool’s famous music retail and pipe organ building business, Rushworth & Dreaper, continues a 176-year tradition of support for the musical life of the city of Liverpool.

BASCA is the voice for music writers with a history going back over 65 years. BASCA campaigns in the UK, Europe and throughout the world. In addition to staging the British Composer Awards, the Gold Badge Awards and The Ivors every year, BASCA is also the independent professional association representing music writers in all genres, from songwriting, through to media, contemporary classical and jazz. BASCA members include Sir Paul McCartney, Dizzee Rascal, Michael Nyman, Gary Barlow, David Arnold, Sir Elton John, Imogen Heap, Howard Goodall, John Powell, Kate Bush, Chris Martin, and many more. basca.org.uk

Media enquiries and further information from: