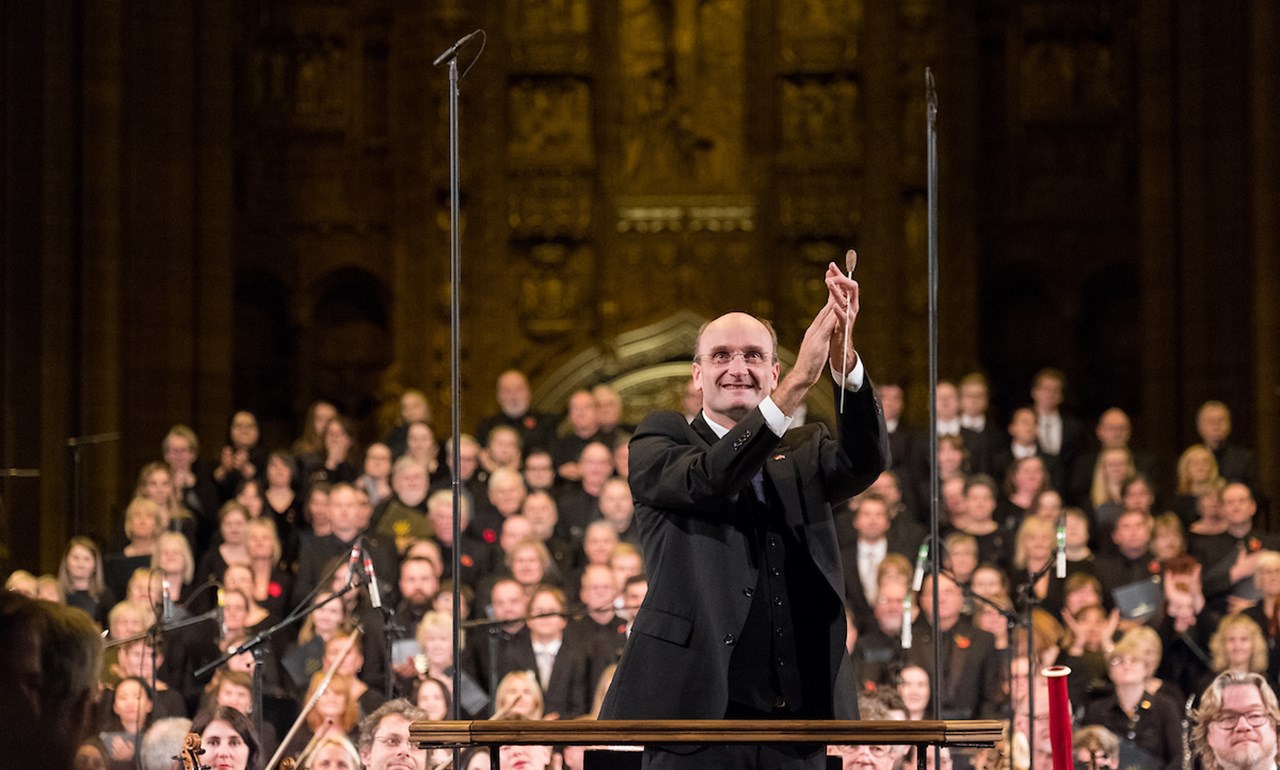 Andrew Manze has extended his contract as Principal Guest Conductor of the Royal Liverpool Philharmonic Orchestra for an additional two years until Summer 2023.

Andrew Manze first conducted the Royal Liverpool Philharmonic Orchestra in 2011 and was invited to be Principal Guest Conductor in June 2018. Manze has developed a fantastic relationship with the Orchestra and audiences in Liverpool during this time, not the least because of his willingness to talk to audiences at concerts and to communicate insights into the music being performed.

Highlights of his tenure as Principal Guest Conductor have included instigating a highly successful collaboration between the Royal Liverpool Philharmonic Orchestra and Choir with NDR Radiophilharmonie Hannover, where he is Principal Conductor. The British and German musicians and singers of the Orchestras and Choirs, including the young Cathedral choristers from Hannover and Liverpool, sat side by side for these concerts in Hannover, Germany and a week later in Liverpool Cathedral of Benjamin Britten’s War Requiem in November 2018 to mark the centenary of the end of World War One.

Andrew Manze has recorded with the orchestra an acclaimed cycle of Vaughan Williams’ Symphonies and other orchestral music for the Onyx label, and also the Beethoven Violin Concerto with international star violinist James Ehnes. Future recording plans will be announced in the coming months.

Whilst in Liverpool, Andrew Manze he has also conducted the Liverpool Philharmonic Youth Orchestra in concert including Beethoven Symphony No.1 which was their last performance prior to lockdown and he is also a regular visitor to the In Harmony project in Everton.

Andrew Manze’s concerts with Royal Liverpool Philharmonic Orchestra in the 2021/22 season will be announced in mid-July.

Andrew Manze will also be conducting the Royal Liverpool Philharmonic Orchestra for the Finals for the Leeds International Piano Competition on 17 and 18 September 2021 which will be broadcast live on Medici TV https://www.leedspiano.com/event/the-finals-17-18-september/

On Thursday 24 June he will give a concert at Liverpool Philharmonic Hall on the day of this announcement:

“We’re thrilled to continue our partnership with Andrew Manze for another two years. Andrew is a hugely talented conductor and has delighted audiences over the last three years. He has been an inspiration to the Orchestra and visiting musicians. Amongst many concert highlights of the last three years, Andrew led unforgettable performances by our Orchestra and Choir with the NDR Radiophilharmonie Hannover of Benjamin Britten’s War Requiem at Liverpool Cathedral and in Hannover in November 2018.  We have recorded all 9 of Vaughan Williams Symphonies with him in an acclaimed series. And Andrew’s passion for music education has been evident in his work with In Harmony, our flagship learning programme. I look forward to an exciting future ahead.”

“Ever since my first visit ten years ago I have always felt welcome as ‘one of the family’ at the Liverpool Philharmonic. And it's a joy to work with the young musicians of the Youth Company and the In Harmony Project which is more important than ever and a leading example of its kind. The Orchestra, Choir and I have already done many wonderful concerts and recordings together and I look forward immensely to the new things we are planning. It is a privilege to be a part of the Philharmonic’s ongoing story.”

For interviews, further information or to unsubscribe contact Rachel Gaston, Head of Communications and External Affairs rachel.gaston@liverpoolphil.com or +44 7926  077376