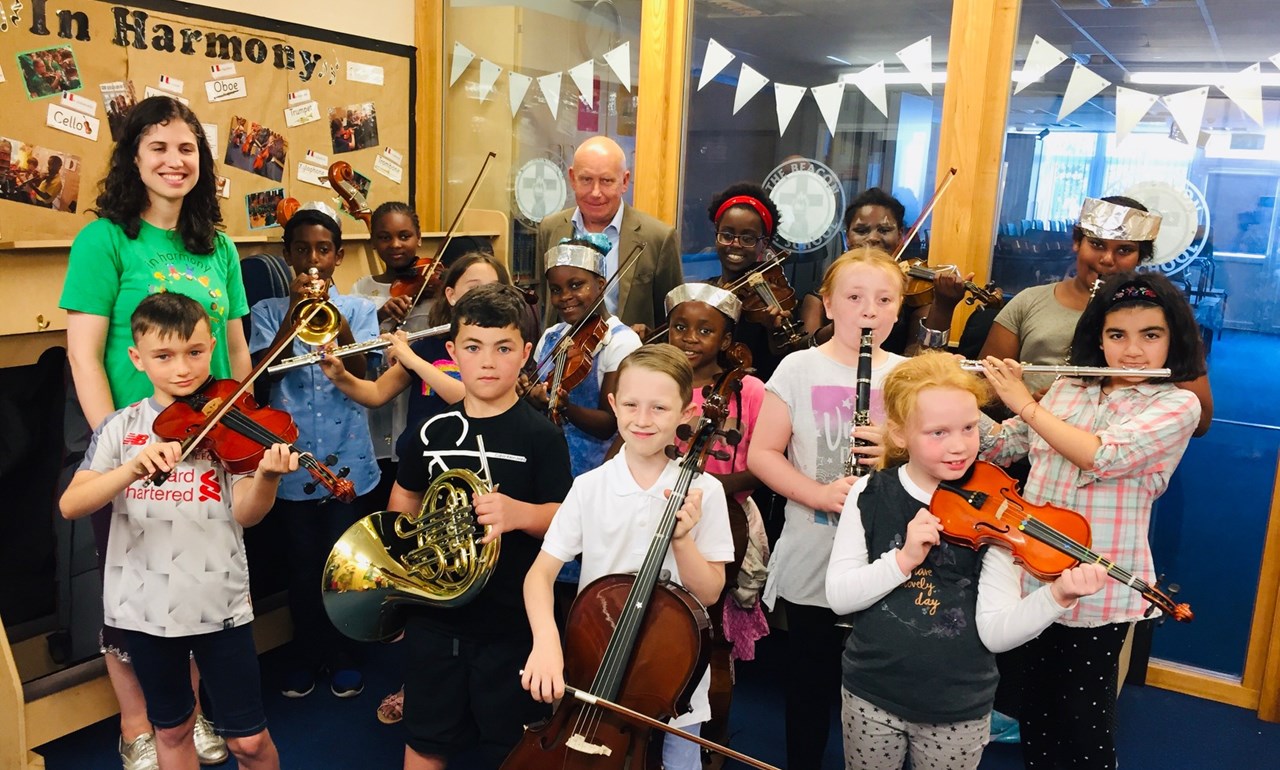 The Royal Liverpool Philharmonic and Hill Dickinson have announced a further three-year extension to their long-standing sponsorship deal, which includes for the first time, the firm’s support of In Harmony Liverpool.

The new sponsorship agreement commences with the start of the Royal Liverpool Philharmonic Orchestra’s 2019-2020 season in September, through to the end of the 2022/2023 season. In 2019/2020 season, Hill Dickinson will sponsor two concerts led by Chief Conductor Vasily Petrenko and featuring world-renowned and award-winning Japanese pianist, Nobuyuki Tsujii.

Hill Dickinson is delighted to extend its long-standing partnership with Liverpool Philharmonic to include for the first time, support of In Harmony Liverpool, a life-changing programme which uses orchestral music making to improve the life chances of North Liverpool children and their families by increasing confidence, wellbeing, skills and resilience.

From working with 84 children in 2009, ten years on, In Harmony Liverpool has benefited over 2000 children aged 0-18, their families and community members across Everton and Anfield.

We are delighted to have been associated with the wonderful Royal Liverpool Philharmonic Orchestra for many years and to have become its first ever Premier Sponsor in 2016. This year, we have not only renewed our existing partnership but extended it to include support of the Orchestra’s In Harmony Liverpool programme.

We feel incredibly proud to know that our support helps the Orchestra carry out such life-enriching work with groups of children in our city who stand to benefit the most and whose lives may be positively impacted in so many ways as a result.

We are delighted to be extending our partnership with Hill Dickinson, and welcome their ongoing friendship and support as our Premier Sponsor of the Orchestra, and now for In Harmony Liverpool.

The success and impact of our award-winning, life-changing music programme has been a direct result of our long-term commitment to the North Liverpool community and participants in the programme.  Equally, Hill Dickinson’s long-term partnership has been vital to us being able to continue to continue to attract the world’s best musicians to Liverpool. It will now enable Liverpool Philharmonic to continue to work with schools and community partners to continue and grow In Harmony Liverpool in the coming years and maintain its positive impact on the lives of young people who would not otherwise have the opportunity to make music.