Britain’s best-selling classical artist of the last 25 years, Katherine Jenkins OBE has announced the release of her brand new album Guiding Light along with a UK tour with one of the UK’s most versatile orchestras, The London Concert Orchestra, under Musical Director Anthony Inglis.

Guiding Light represents the culmination of a deeply emotional journey for Katherine and speaks of life, hope, acceptance and a universal spirituality. The album includes 15 brand new tracks featuring Katherine’s personal favourites new and old; from the time honoured ‘Make Me a Channel of Your Peace’ and ‘Morning Has Broken’ to covers of Stormzy’s ‘Blinded By Your Grace’ and ‘Never Enough’ from The Greatest Showman, alongside original material including ‘Xander’s Song’, written for the newest addition to her family, her son born earlier this year.

Cherished as one of Britain’s all-time favourite singers, last year Katherine was officially crowned the No.1 selling ‘Classical Music Artist of the Last 25 Years’ by Classic FM, and made chart history when her last album, Celebration became her 12th UK Classical No.1 album in 12 years. These record-breaking achievements cemented Katherine's position as the world’s most prolific artist in UK Classical chart history.

As one of the UK’s greatest musical exports, multi-award winning Katherine has performed all over the world, for the Pope, for Presidents and is a favourite of the Royal Family, having been invited to sing 'God Save The Queen' at Her Majesty's Diamond Jubilee, perform at Her Majesty's Coronation Concerts at Buckingham Palace and more recently, by special request at Her Majesty's 90th birthday celebrations at Windsor Castle. 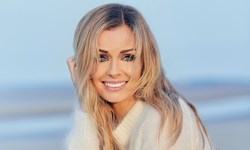 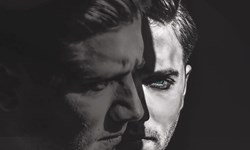