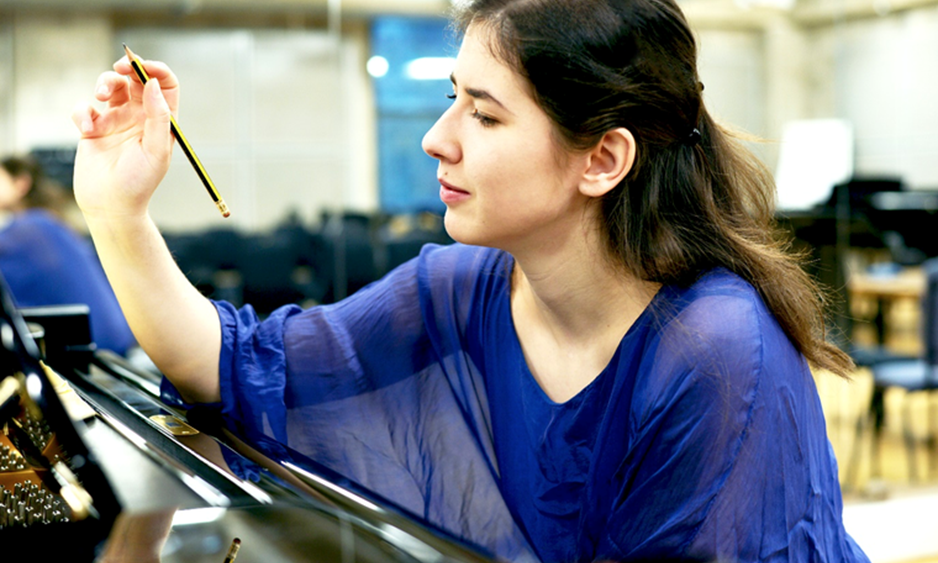 Please note that the deadline for applications for this year's competition has now closed.

We are delighted to announce the fifth year of the Christopher Brooks Composition Prize in association with the Rushworth Foundation. The prize provides a unique opportunity for a young artist/composer who writes original music to develop their talent; and access a wide range of support and guidance from across the music profession.

We are looking for an individual who wants to develop a long-term relationship with Liverpool Philharmonic. All of the previous Prize winners continue to work with us after their year has ended and benefit from continued support, guidance and commission opportunities.

£1,000 will be awarded to the winner of the competition. The prize-winning composer will write a new work for an Ensemble 10/10 (Liverpool Philharmonic’s contemporary music ensemble) which will be performed in Autumn 2020, and will take part in a bespoke programme of workshops, masterclasses and mentoring sessions from composers, performers, conductors and other industry professionals associated with Liverpool Philharmonic.

They have also: met with international composers, artists and conductors; attended orchestra rehearsals and masterclasses; observed orchestra recordings; taken part in panels at events and conferences; had hands-on experience of orchestra management, recording production, librarianship and education work; and met with Liverpool Philharmonic’s contacts across the music industry.

• be between 18 and 30 years of age on 1 October 2020
• live, work, study or have been born in the North West of England (Merseyside, Cheshire, Greater Manchester, Lancashire, Cumbria)
• not be represented by a publisher (self-published composers will be eligible)

In your covering letter, you must include the following:

The panel will be:

"The Christopher Brooks Composition Prize provides a young composer with a unique opportunity to absorb them self in the day to day life of the Royal Liverpool Philharmonic. The orchestra is the most friendly and welcoming organisation, with everyone I've come into contact with there wanting to do anything and everything they can to help me on my way. I have been able to meet with and pick the brains of many of the players, and develop relationships with musicians and non-musicians alike. I even had the opportunity to meet childhood hero Andrew Manze!

I received two days of rehearsal on the piece I wrote for Ensemble 10/10 (the most I've had on a piece to this date!), and was blown away by the players' enthusiasm and the resulting performance. I will endeavour to maintain my relationship with the orchestra and would strongly recommend this opportunity to others." - Bethan Morgan Williams

"As a Christopher Brooks Prize-winner, I’ve had access to so many amazing opportunities. Having a piece played by the fabulous Ensemble 10.10, an additional performance opportunity with the Liverpool Philharmonic Youth Choir, and one-to-one sessions with artists including Andrew Manze and Stephen Hough are just a few significant highlights." - Richard Miller